René has started putting an old skill to use. He loves driving, and when Ontario school bus companies lamented the lack of drivers he remembered (with some guilt) he still had a B class bus licence in his wallet. So he signed up and has been driving early mornings and afternoons twice a day since April. Now and then he misses a stop but the students, from Jr. Kindergarten to Grade 12, all seem to appreciate a safe and smooth drive to school. Getting up that early in the morning is painful but driving quiet country roads and listening to students' dialogue and current expressions makes this occupation a worthwhile change for René. Who knows? Maybe there is a book in there somewhere...

René and Shirley still enjoy small town living on 40 acres in Eastern Ontario. They built their snug little home a few years ago. 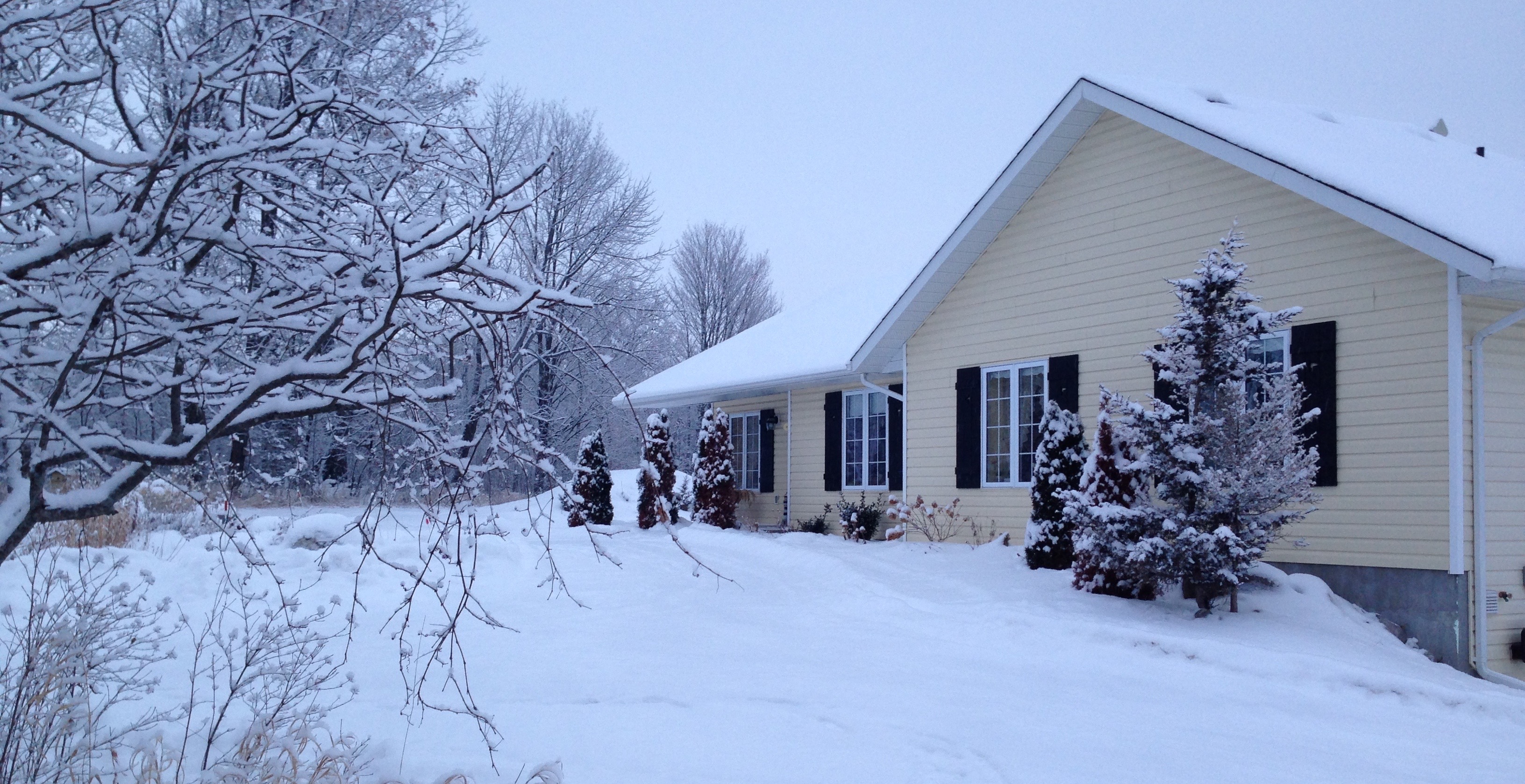 The 12" thick walls are I.C.F. (foam blocks that stack like LEGO) with solid concrete and rebar inside. It is strong as an old Quebec farmhouse and they hope it will last as long as those marvellous old houses and be useful to many generations in the future.

This is René working on the front wall in 2011.  He didn't get much writing done that year! 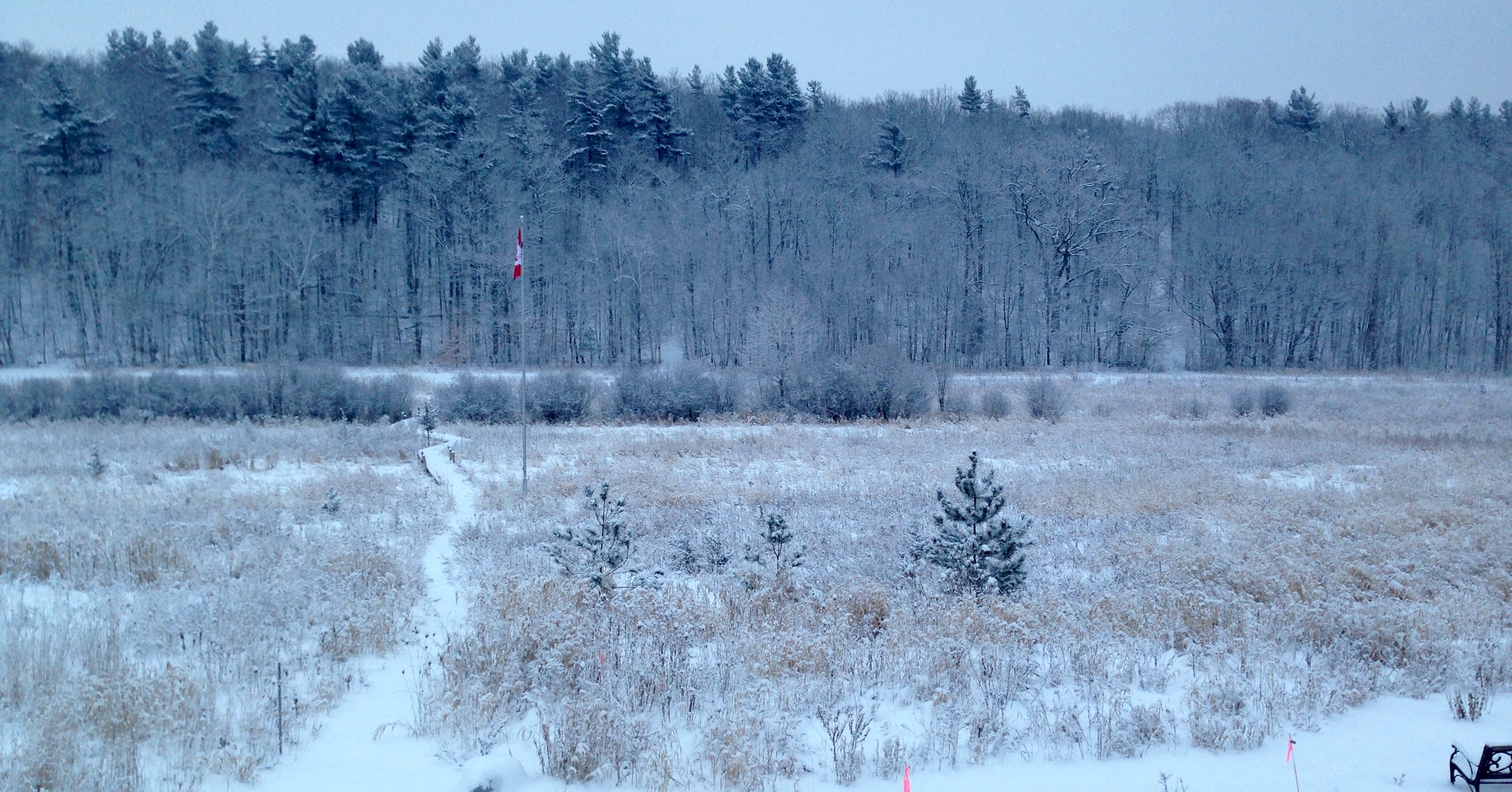 The big backyard provides firewood and a great view.

René's eldest son Adrian created a beautiful arched brick wall while René was the labourer and later did the trim. (See 'Adrian's Walls') at  http://masonryvancouver.ca/#/portfolio 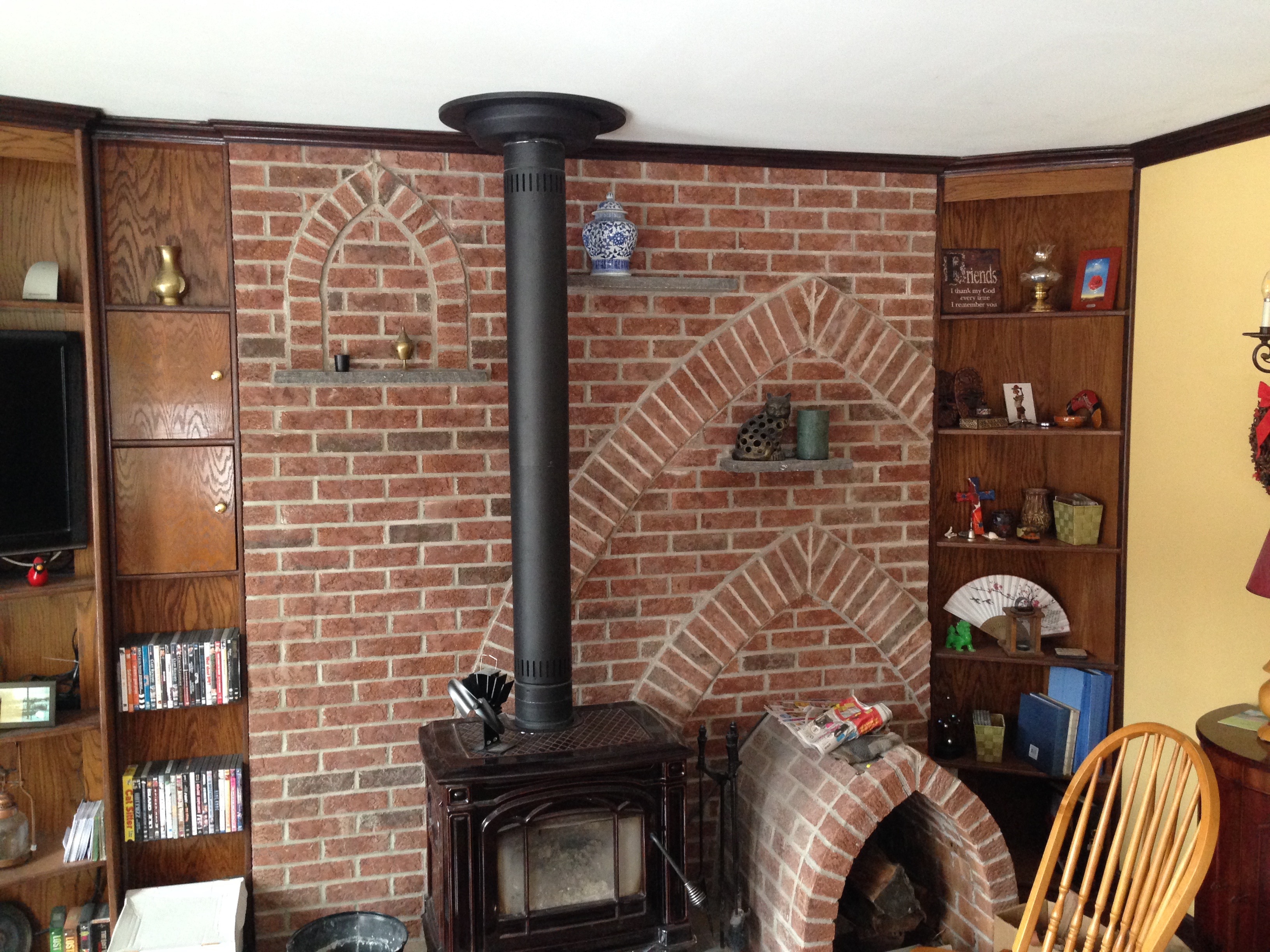 Another project was a 'faux woodpile" dividing wall and pine beams in the basement. 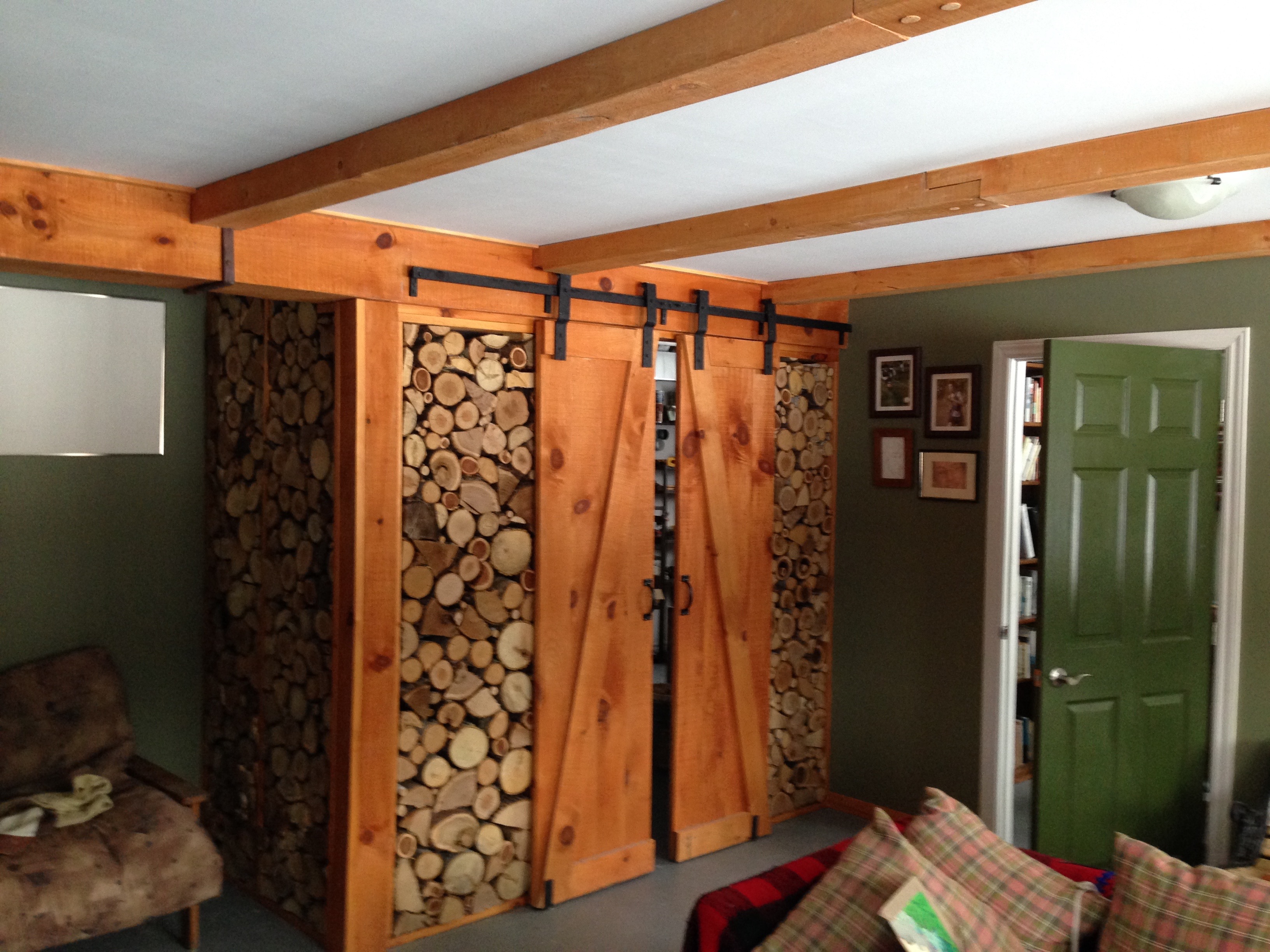